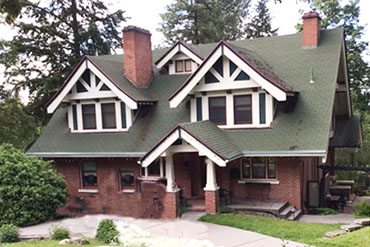 Clarence Hubbell came to Spokane at 31 years old.  He had left Illinois and his family screen making business.  While attending the Art Institute in Chicago, he had worked extra hours in an architect’s office.

When he arrived in the Village in 1890, he went to work for John Dow.  Dow was a successful Spokane architect at the height of his career.  Within 3 years they became partners. 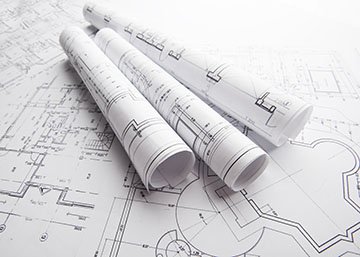 Together they designed the Masonic Temple, the old Spokane Club, The Hutton Building, and the Paulson Building.  Hubbell also designed the apartments at 1725 W 9th Avenue.

Charles Hubbell in 1906 completed the drawings and construction of the new Hutton Building.  That was his most famous project.

It was customary for two architect to join and share clients and work loads.  LL Rand and John Dow were architects and became partners in 1896.   LL Rand was the senior and had enjoyed his earlier success designing houses owned by wealthy men.  John Dow was a newly arrived architect in the Village.  In 1894 he and LS Roberts, a local money lender, founded the Westminster Church at 4th and Washington.

In 1897 Dow designed Charles Hoffman a new $4,000 house at 701 S Adams Street.  He was awarded the designing of the new Garfield School in 1898.  In 1899 he was asked by F Lewis Clark to design the elegant Empire State Building on the southwest corner at Lincoln and Riverside for $215,000.   Shortly thereafter Dow designed the Montvale Apartments at 1001 1st Avenue, located on the corner of 1st Avenue and Monroe Street.  In 1904 he designed banker Alfred Coolidge a new house at 1405 W 9th Avenue.

Levy Hutton asked John Dow to design the apartments at 1112 W Riverside costing $50,000.  In 1905 that design was by Dow.  His next project was to design the Levy Building at 118 N Stevens, costing $20,000.  In 1906 he designed the Paulsen Building. In 1910 he designed the new Congregational Church at 29th Avenue and Freya Street, costing $5,000.    One of the most elegant houses in the city was the Andy Paulsen house at 245 E 13th Avenue. It was his design which he completed in 1911.  Next year in 1912 he designed the Moose Temple at 1st Avenue and btw Stevens and Washington Streets.   In 1915 John Dow ended his career by designing the new Mohawk Building at 517 W Riverside.

Clarence Hubbell’s sudden death in 1911 caused his widow, Emma, to sell their new house which he had designed.

William McEachran bought the Hubbell house at 2021 E 17th Avenue.    He paid $18,000.   McEachran was the owner of a grocery on the southwest corner of 9th Avenue and Perry Street.

The Hubbell House was elegant.  It was a 2 story 12 room brick house located directly across from the Levy Hutton house.  The living room was an expansive 16 x 30 foot living area.   There were built-in bookcase cabinets, one on each side of the fireplace.  In the dining room there was a dining sideboard to hold the china.  The entire first floor had oak floors.  The second floors were maple.

The house had certain special features.  Opening and closing the doors turns the lights off and on.  There was another fireplace in the basement along with a billiard table.  The grounds were landscaped and shaded with tall trees.