First School on North Side of River 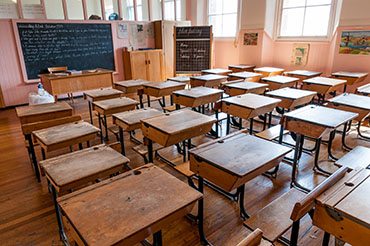 In 1882 there were only two public schools in the Village, both on the south side of the river.  There was also a problem with funding because laws setting out how to assess taxes and distribute the monies were waiting for a vote of the people.

In 1883 little was changed except more people arrived.  The schools became crowded.  Housing was also a challenge.

By 1884, with 200 students attending school in Spokane Falls, the city opened the third school for the upper ages and called it South High School.   The cost to build that school was $7,000.    With the influx of people, lots of new houses were starting to spring up, sprinkled throughout the woods and around the new school.

In 1885 there were now 400 students enrolled in the three schools and class overcrowding was normal.

The opening occurred on April 29, 1882 - about the same time that the Howard Street Bridge was finished.  It coincidentally coincided with the Methodist Church announcing their intent to build.  The Methodists held a contest to identify available land for the new school site.  They favored the north side of the river.    A list was drawn up and benefits were outlined.  Several sites were immediately offered, but the top two sites had no existing water.  Both sites did, however, have expansion space and good views.  Colonel David Jenkins won out.  On October 6, 1883 a handsome new building was finished, located on College Avenue.  The school building was 2 stories high and modest in size - 44 feet x 60 feet.

Barren rocky fields surrounded the school.  It stuck out like a bald-headed gentleman sitting in an audience.   A coat of paint vastly improved the building looks.

There was a building explosion.   Many inviting portions of the city were available for people to select from.  They could now just build themselves a nice home.  Among favored locations, the land on the north side of the river was selling fast.    In 1886 many people had already chosen that district for new homesites.  The demand was so high that building on the north side rivaled the south side of the river.  New homes were springing up everywhere.    Both sides of the river - north and south - had a scarcity of city supplied drinking water.  They also lacked water to put out fires.

What was partially driving the north side housing rush was an interest in the new Methodist School.  It already had 50 children as pupils.

They were compelled to attend public school, but any school would suffice.  It would be a very long walk to the south side of the river for the students because there was no public school yet existing on the north side.

There was immense pressure on the school board to build a new elementary school on the north bank, but for now the new Methodist School was open and offered an excellent choice for the children.

The school board announced their intent to seek a new school building soon on the north shore of the river.

Up and Down Years - Prosperity Once Again

Here is a review of the progress:

"As the new year starts, the year 1885 that has just ended has been a return to prosperity for Spokane Falls.  Comparing it to the previous year, 1884 was a disaster…."

A quick look backward and by comparing the two years, it reveals the difference ....

Most of 1884 was dismal and most merchants were complaining of fewer sales and little existed to cheer them up.

Looking back to the boom of 1883, that year, everyone in the Village prospered.  A vast influx of miners was matched with their buying incredible amounts of suppliers.  The following year in 1885 the sales were not replaced, and the merchants felt the lack of customers.

A lot of the growth in 1883 and 1884 was from the mining activity with prospectors headed into the Coeur d’Alene and Colville gold mining districts.   By the end of 1884, a lot of miners came back empty handed and the hope remaining died.  The town's population actually shrank for the first time from 5,000 people down to around 2,500.

The early months of 1884 were filled with a general mood of despondency.  But later in the season optimism started to return and everyone had a better feeling of security and prosperity.

The optimism was fueled by a scarcity of homes.    All the available houses were rented. There was a general cry to build more new houses.   In the middle of the summer, you could see a lot of new activity starting, and it kept on going throughout the fall.

New buildings were being erected.  They included the large new C&C Four Mill on the river, the erecting of the Catholic Lady of Lourdes Church on Main Street, the very ornate Van Valkenberg Block on Riverside Avenue, the new large Spokane Mill, and the erecting of a brick building housing Wilson’s Pottery Shop.

A visitor could view many new blocks dotted with superior class homes that had been recently built.  It was the first real building boom in the city.  The houses being built were equally spaced throughout the town in all areas."

An analysis of the city overheard on the street was given by JJ Brown:

"Some of the new homes being built are palatial.   Some very wealthy men have decided to spend their newly gained wealth.  Adding to the optimism is the resolution that the County Seat is now guaranteed to be relocated to Spokane.   There is also a real probability that the town might have its second and maybe also its third railroad line.

The merchants are thriving….

"Over 100 new businesses have opened, many in fine newer brick buildings.

With the newer prosperity starting last fall, the banks are now overflowing with cash.  They are seeking places to lend.

The Spokane Times is now publishing daily.  Their new newspaper name is the Spokane Falls Daily Review.  There is enough going in town that the paper can easily fill up the pages with lots of interesting news."

In the short space of time, Spokane Falls had gone from prosperity to despair and back to prosperity.  That was a familiar pattern of boom and bust that would be around for the next ten years.