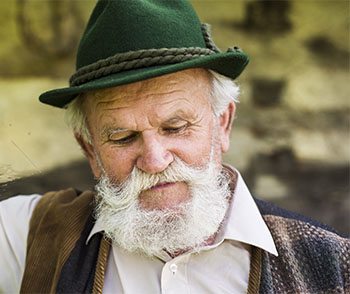 Peter Rhodebeck died in May, 1914 sitting on his cabin porch gazing at the wonderous scene of nature.  He was 70 years old and in good health. 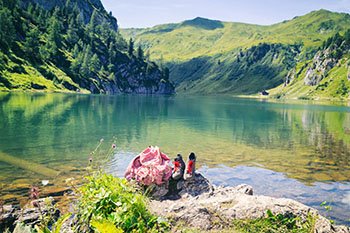 Peter was the first person to live permanently in the deep wilderness at Spirit Lake.   He had fought in the civil war and fled to the mostly untouched western frontier.  After 20 years drifting, he arrived at a majestic pearl of a lake in 1885 and settled in.  Having built a cabin at Cougar Point on the western upper end of the lake, he was at peace in his world.

He bought his land from the Northern Pacific Railroad.  It consisted of a beautiful view out on the lake where the old trail of the Indians and the fur traders touched the lake shore.  The trail ran through the forests as it went from the Spokane Valley to the Sinneaquteen crossing of the Pend Oreille River.

For a generation he saw the slow procession of the seasons, the miracle and mystery of the spring’s awakening, the radiance of summer, the glory of autumn’s rainbow color, and the final brooding scenes of the white winter cover.

On a cliff above him he found some wealth.  There he mined a little silver.  He picked a little way into a crevice and put in a few shots.  The blasts exposed a little more ore, enough to make a living.  He never actually went further, avoiding the extra effort.

Like all men of his type, he was a dreamer.  Through the long languorous days of summer, you would see him sitting there in a rocking chair looking out over the pebbly shore of the lake surrounded by overhanging cottonwood trees.   He would gaze to the west, mostly entranced by the 20-mile view of nature and the scene that lay outstretched.  Nature had nowhere any more charming composition than what he saw as he gazed on the 4-mile-wide expanse of shimmering blue waters. 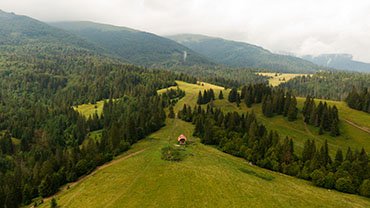 He loved the quiet solitude of the long valley of the Bear Creek, and beyond these the purple slopes that swept upward to the bare, rounded summit of Mt Carlton.

At night the sky would radiate with eerie spectacular displays of brilliant colors.  The exploding magic of the Northern Lights dominated, covering the entire sky and putting on an unmatched show.

The west was home to a scattered group of men like Peter Rhodeback.   Men who love nature and enjoyed living in the wilds.  Their solitary cabins are pitched by remote lakes and mountain streams, with smoke in their hearth fires curling upward.  Thus, they round out their few remaining years until some chance passerby notices the curling wisp of blue is no longer there. 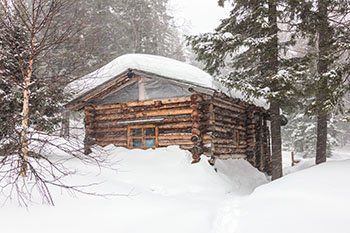 Upon opening the rough door and peering inward, the passerby finds a confirmation of the surmise.   But the death does not affect anything. Remaining are the majestic cliffs, the shimmering waters of the lake, and the quiet solitude of the long valley, and beyond that the majestic slopes of distant mountains.  Time is endless.