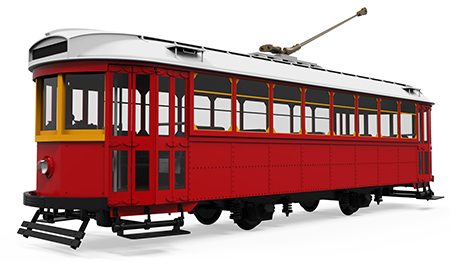 First, they specifically allow bicycle paths in the city.

Second, the commissioners are now allowed to set aside 4 feet of path next to roads.

These paths are intended to be pathways where no horses can walk. They are exclusively for bicycles to use.  That means the city can now share streets with bicycles.

It was prompted by the new Lidgerwood Park.  The public needed to have a bike path up the north Division Street hilll.  It was further proposed that this new bike path continue all the way up to the Little Spokane River.

The new law copied the Tacoma ordinance.  Now bicycles will be licensed in the city, paying $1 a year.

The Wheelman Club had not been consulted.  They have mixed feelings.

The club held a meeting to get the group’s sentiment.  At the meeting they formed a committee to meet with the city.

The Plan Going Ahead

The committe decided to visit Seattle.  They took the weekend to view the new path around Lake Washington.  That successful bicycle path convinced everyone that new pathways were needed.  Seattle's system covers 14 miles and cost them $6,000. The money was raised by contributions, bike races, and license fees.   Originally 1,200 Seattle bikers signed up, but in the next year the number swelled to 2,400.  It is a worthy cause.

For the winter of 1897, things in Spokane concerning bicycle paths slowed down.    But early the next spring the program was in full speed, fast forward.  The city and wheelmen formed the Good Roads Club, headed by 15 very enthusiastic directors.

Tacoma leads the northwest with more bicycles.  They have 6 miles of cinder pathways that are mixed with gravel and rolled solid to pack the surface.  Their main pathway surrounds Lake Steilacoom.  There are plans to run a pathway up to Seattle for the adventurous weekend bicyclist.

In Spokane shorter and more destination pathways are believed to be the best plan.  On August 2nd, 1898 the new city licensing office opened to a rush of people.  By the end of the day, 292 tags had been sold for $1 each.   To register you needed to know the make of your bicycle.  You also needed to provide the serial number on your bike if it had one.  The applicant received an official card registering the bike.   Next they got a metal strip showing both the make and number, to be affixed to the bike. The metal band wraps in a circle around the frame - feeding back into a slot for closure.

There is huge rivalry for tag #1.  Al Ware wants it as the founder of the Wheelman Club.  But Comptroller Liebes has already paid his dollar and taken it.   Since Liebes is in charge, he got first choice.  Treasurer McCrea paid his dollar and as his boss he demanded Liebes give up tag #1.

But through some fancy work, Al Ware was able to wrangle the #1 tag away from both men.  It is now safely locked in the Ware Sporting Goods safe.

The next day the crowd seeking licenses was as large as the day before.  The bicycle tags now number 567 and the count is rapidly going upward.

In the spring the young man’s fancy turns to love.  But his more mature thoughts are given to the state of the roads, the condition of his bicycle, and the opportunities for outings.  His bicycle can run faster than a trotting horse and never eats or complains.

To the mature matron or the very young lads and lasses who cannot put a foot on the petals and maintain a balance  - the thought of the bicycle is not utmost in their minds.  But it is on everyone else's minds.  There are dozens of wheels at mealtimes on front and back porches throughout the city.

The whir of chains and the noiseless turning of rubber tires is heard all the time on the busy streets.

Wheeling has passed beyond what was called a craze two or three years ago.  It is now a household necessity like the telephone and the milkman. Spokane has about 3,000 wheels in the city and roads galore to travel on.  A short ride around boulevards is fun and these paths are smooth and not dangerous.

The craze for this year is the "chainless bicycle".  Columbia is making a bearing bike that relies on gears  and they are enclosed in a cover.  Also, there is a "multi gear device" that slips the chain back and forth between different size gears to give the rider advantages.

Another new feature is the "departure brake".  The device is attached to the back wheel and when a person back pedals, the bike is braked.  This is particularly effective when going up a hill.  Another innovation is the "adjustable handlebars".  They can go up and down by simple adjustments.

There is a large sentiment to produce formal bike paths in the city and a number have been proposed….

The city has suggested building a number of bike paths.

People are voting on which ones they favor.

Path 1 called the Riverside  Monroe, west to Maple, south to 5th and will cost $500.

Path 4 Division is Augusta north to Jackson and will cost $300.

The Path 2 called First Avenue maple to Elm has yet to be built.

And the new-fangled automobiles are starting to show up on the roads and scaring the horses.

They also are crowding the bicycles, requiring them to move to the sides of the roadways.