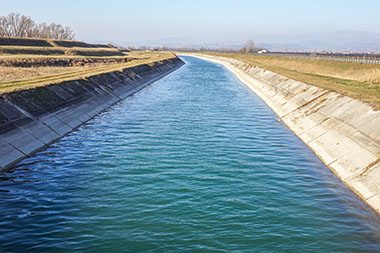 The Incredible May Arkwright

May was born in the coal mining area of Ohio, daughter of an itinerant backwoods preacher.

She elbowed her way to become a belligerent young woman, proud of her “people’s roots”.

In the early 1880’s she arrived in the mining camps in the Coeur d’Alenes, filled with spirit and adventure.  She settled into Wardner and opened a boarding house.

One of her boarders was Al Hutton, train engineer.  As an orphan he had grown up on an Iowa farm, raised by a hard-working and not-very sympathetic uncle.

The rebellious young woman and the steady Al Hutton bonded.  They married in the traditional style of a mining camp wedding.  The “ample” bride took her vows garbed in light blue plush fabric designed in a princess style.  The dressmaker was the finest in Wardner, just up the road.

Guests arrived on foot, horseback, and in the cab of a locomotive driven by Al.  Presents flooded in from ex-boarders.  There was plenty of fun and a feast was prepared by the bride’s own hands.  The only mishap of the evening befell May’s bridesmaid.  Without having planned in advance to do so, she had said:  “Yes”  to a prospective suitor.

That very day the urgent suitor and she had taken advantage of the opportunity afforded by the presence of an honest-to-goodness preacher.  She had entered matrimony as the second bride of the evening.

At supper May was so excited that she spilled a bowl of oyster soup into her lap.  Under the circumstances, the accident was readily understood by the other wedding guests.

After the wedding, the Hutton’s moved to Wallace, a little further up the Coeur D’Alene River.  There she was the wife of the important railroad engineer in charge of piloting the ore trains between Wallace and Burke.  The Gem canyon was filled with many  silver mines.  The new Mrs Hutton settled down to become a respectable housewife.

In May’s career as a mining camp cook, the aura of respectability had been lacking.  She was a fun loving, loud, boisterous woman and had a belly laugh.

The men who drank coffee and ate her doughnuts said she had an Irish wit with a crude kindness hidden beneath her sloppy calico dress.  She had a heart of gold and a basic sense of decency.

Living in Wallace was a step up the social scale.  Effort made by May to live up to her new social status were not successful.  Her very overweight looks were against her.  She was huge and homely.  She was strident, uncouth, and given to strong language.

And the clothes she wore!  The kaleidoscope costumes in which she walked the streets in an afternoon amused the wives and daughters of the other mine owners.  She wore her gowns bare-necked and bosomy at evening affairs.  Wallace’s polite society was shocked.  From the first, May was “that woman”.  Her actions did NOT endear her to the town elite.

For the Huttons, their two room home on the hillside above the tracks became a radical’s rendezvous place.  May’s juicy blueberry pies were no more juicy than the town gossip.  Her cooking was legendary and her friendships were also legendary - despised by the barons of wealth in town.

May had come naturally by her concern for exploited labor.  As a girl she had listened  to her blind grandfather spout all the “ism’s” of the day – communism, fascism, imperialism, yankeeism, and so forth.  She had listened to him preach village square evangelism to the men in town.

Her three years living with him filled her with hearing every new economic and political theory in the community.  Cracker barrel discussions in the local grocery store plunged her into the growing unrest and injustices.

As a teenager she married for a short time.  But that ended.  Her grandfather died and it was time for her to flee.  Her trip out west to the Coeur d’Alenes had been in the company of 40 coal miners seeking relief from poor wages and bad working conditions.  They were setting out to seek their fortunes in the newly discovered mines of Idaho.

Al did not share her extreme liberalism.  Ultimately he sided with the labor unions, but he was not a large part of the labor wars of the 90’s.  When the Bunker Hill and Sullivan smelter was blown up, it happened to be Al Hutton who was facing a miner's gun.  He unwittingly piloted the train loaded with dynamite.  Numerous miners jumped on the train as it headed into Wardner. The train exploded just after all aboard dove off it.  May was the chronicler of the event.  She told everyone what had happened.   Al, along with many others, was rounded up and thrown into a stockade known as the “bull pen”

And they made their presence known in many ways.