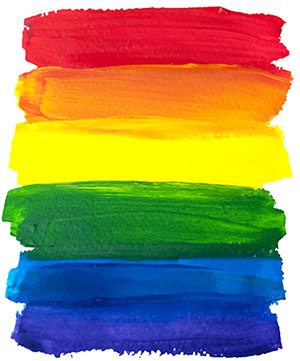 The city had 30,000 people relying on government to get clean water.

The source of where the city should get their water opened up many ideas.  Some wanted to tap the Selheim  Springs free flowing in the Little Spokane River.   But by February, 1895 the Selheim Springs Ranch was sold for $10,000 and the water was no longer available.

A suggestion was considered to build a gravity system from Spirit Lake.  That would give the city all the mountain fresh water they ever needed..

The most logical and popular idea was to simply move up the river 6 miles to the Parkwater area, dam the river, and pump cleaner water.  This was known as the “Clark Proposal”.    It was the least popular plan, but the most practical.    By 1896 the city had bought the Clark river land and a huge dam stretching across the river was built.

In 1891 Tom Symons, head engineer with the US Army Corp of Engineers, wrote a water report suggesting the city build a 15,000 gallon reservoir to service the south hill.  He felt the preferred location should be somewhere within a mile and a half diameter of the river -  but away from the city center.

Symons recommended the preferred reservoir site be at Cliff Park, which was owed by the NPRR railroad.    In August 1891 city engineer Oskar Huber agreed that Cliff Park was best site and water from Upriver Dam would be best water source.

Upon hearing that Cliff Park was the desired reservoir site, the Northern Pacific Railroad immediately asked to be paid $15,000 from the city to buy the reservoir site at Sumner Avenue and Terrace Street.

By February 1895, a number of other property owners were actively offering their land.  The land price to the city had dropped to zero.  All were offering free land.    The NPRR now offered their Cliff Park land to the city as a free gift.

Hot on their heels was Francis Cook.  He owns an excellent site at 14th and Grand.  He has offered his land for free.  In April 1892 the city accepted the Francis Cook offer for 20 acres, planning to pay $3,000 to beautify the nearby area.  By October, 1893 the costs are known.  The project is moving ahead.

In April, 1894 the city reverses its thoughts.  It is now looking at three final sites.  Cook has now offering his land for free.

Henry Cowley hadland located in a lower in elevation.  He is the third serious contender.  Cowley wants the reservoir placed at 9th and Pine, a site that needs less pressure to pump the water uphill from the River.  Originally Cowley wanted $20,000.    By February 1895 with others competing, he had dropped the price to $3,000.

There is no shortage of offers to gift land to the city for the first water reservoir on the south hill.  The city had originally set a limit of $10,000 to buy a site for a new reservoir.  Now many sites are being offered for free.

Every real estate owner in town can clearly see that if the water is there, the surrounding lots will be worth a lot more.

One of the most interesting offers is from DF Wetzel, who owns a quarter of the new Altamont Addition at 9th and Altamont Avenue.

The plat ownership is in his name.  As the originator of the Altamont Addition plat, he is offering the city a free 5 acres at block 20, located at the corner of 14th Avenue and Regal Street.  That is on high ground.

As part of the deal, within 2 years Wetzel promises to build a free reservoir for the city.  That added incentive should make the Wetzel offer a serious contender, but it is not seriously being considered….  It is now all politics with factions.

The city plan is to supply 1,500 homes with water on the south hill.  The cost of just building the reservoir plus the piping from the dam to the reservoir has an estimate of $90,000.     The city seems to have overlooked the free reservoir offer from Wetzel for unknown reasons.

The city is also seriously looking at a site in Liberty Park, proposed by F Lewis Clark.  This land is really too low down and is not seriously considered.

There is now a new offer by Ben Norman and Eugene Germond.  They have ten acres to gift the city.  The site overlooks Hangman Creek at 29th Avenue and High Drive.  It is probably too far up the hill and too high in elevation to be seriously considered.

On November, 1895 the entire south hill is simply supplied water by one 6” line that lacks enough capacity to work well.  Citizens are complaining.

The pumps in the Downriver Dam can only raise the water 340 feet uphill.  So there is a limit on how far up the south hill the reservoir can be placed.

In June, 1900 two large pipes burst at the pumping plant due to extensive high pressure.  On November, 1903 the city eliminated the Cliff Park site because the pressure on the pipes was deemed too much and potential failure was probable.  They discussed new ideas like lower down land at Southeast Boulevard and Stage Orchard (12th Avenue).

Another 5 years passes and no reservoir yet.

By January 1897 the city was still not decided on where to put the reservoir.  Both the Cook and Cliff Park sites were now offered free.  At this point the city favored the free Cliff Park site.  The Cowley site at 9th and Cowley would use less pressure, but still costs $3,000.  The lower elevation, however, is important because it allows the lower water pressure to keep from straining the pipes.

Citizens are screaming at the top of Grand Boulevard and 12th Street in Cook's Addition.  In 1896 the city decides to place two 16 inch pipes to parts of the south hill.  It helps, but is not the solution.

It is now 1898.  Another two years have slipped by with no decision.  By now the north side residents are screaming to have their own water and reservoir.

Something new has happened.  By 1898 there is no money to build the water system and reservoir.  The city has reached their legal bonding level and is strapped for money.

Another 5 years passes and no reservoir yet.

Another new site in 1902 is presented.  It is near Bernard and 17th Avenue on Siletz Street.

In 1902 the city finally and definitely has selected the Francis Cook site at 14th and Grand Boulevard.  They go ahead and built a $13,000 standpipe to pump water to serve the houses in the Cook’s Addition and nearby south hill homes.

In June, 1905 the city was shocked to learn they did not own the Cook land upon which the standpipe had been built.  Cook had given them legal ownership of the street, but not the land north of the street.

In August, 1904 the city decided to build a large permanent 15,000 gallon water reservoir at 9th and Pine Street

It had taken 14 years from the time the idea was presented to the final building of the reservoir.  A lot of disappointed local land realtors are now looking at other ways to get their land ready for development and sales.