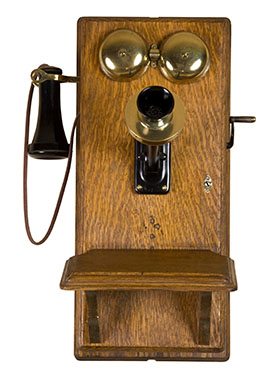 The origins of the Washington Trust Bank

Captain Hunter is on the bank Board of Directors

Colonel Ed Hunter arrived in the northwest in the early days of 1875.   There was not much of a village existing at Spokane Falls when he first saw the town, but what there was of it impressed him favorably.

In the spring of 1881 Captain Hunter and Lieutenant Feltz returned to the Village on a normal buying trip.  They saw the amazing new hustle and bustle that warm May day.  The men were in Spokane Falls to buy 6 horses, paying $140 per horse for use in their calvary unit.

Ed Hunter had some savings and decided it was the time and place to invest.

As he walked down Howard Street, Ed saw an old friend approaching.

"John, I see the railroad is about to arrive into town."    "I also see a lot of new faces in the Village."    "What would you suggest I purchase in land as an investment?"  asked Ed Hunter to John Glover, owner of the townsite.

"My suggestion."  "Best buy would be on Mill Street, a couple of blocks from the river."   "My sawmill is at the waterfront and the street is guaranteed to grow in importantce."   Glover responded.

"How about buying the two lots on the southeast corner of Mill Street at Sprague Avenue". suggested Glover.

He paid $150 for two adjacent lots near the center of the little settlement.   The lots were located at 813 W 1st Avenue, at Mill Street.  They were across from the would-be-built years later Davenport Hotel.

Hunter kept ownership of the empty land for the next 10 years.  By now the town of 400 fortune-seeking arrivals had exploded to 20,000 residents.   That summer in 1892 he got an offer to rent his land.  Hunter had to erect a building, and agree to lease out the 3 story building to the OK Stables.  The new building cost him $13,500 and was centrally located on his 55 foot deep property.  It became a good rental property.

Over time the Captain kept accumulating more money.   He bought more land and buildings in Spokane, piece by piece.    The next buy was owning the building just west of the Crescent Building on Riverside Avenue.  Soon he owned commercial property on Sprague Avenue, near Madison Street.  He also invested in empty lots on the north side of the river.

In 1891 two young men arrived in Spokane.   J Grier Long was 30 years old.  He arrived as the new manager of the Pennsylvania Mortgage Company.   MB Connelly came to town that year and In 1892 Robert Webster arrived.  Webster formed a partnership with Connelly.   Together they sold insurance and real estate.

The firm Connelley and Co was very similar to many other firms.   Selling land and insurance was common and had several dozen competitors.   In 1898 Connelly and Webster moved.  They rented in the Temple Building, their offices being next door to J Grier Long. 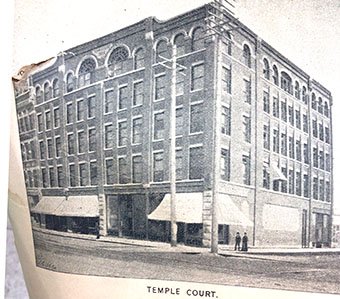 The three men knew each other.  They found common areas of mutual interest.  By 1902 the three men had pooled their thoughts, customers, and talents and they went about rounding up what money they had.  They had a plan to start a new lending firm - Washington Trust Bank.

The three men attracted a few other select investors.  The starting capital to create the bank was set at $25,000.  2,000 shares of stock were issued and Grier put in the most money and he got 720 shares, The rest of the stock was divided up between Connelly, Webster, and others,   The bank rented offices at 115 Wall  (Mill) Street.    Nothing in the business started out well.  The first year was more a hope and a dream, like all new businesses.    But together the three men sold land, insurance, and mortgages and the combination worked well together.   The bank lent mostly mortgages the first year .

When Washington Trust Bank formed on January 2, 1903,, Ed Hunter invested.  He bought some original bank stock,    He knew MB Connelly, Ed Webster, and J Grier Long -  the 3 men who had started the bank.  From the bank's start, Hunter was a member of the original Board of Directors. 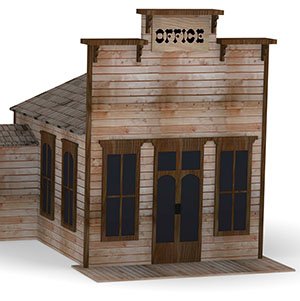 Ed Hunter was born in 1839 in Gardiner, Maine.  He graduated from West Point in 1866, just after the end of the Civil War.  He got a law degree in California and in 1870 married Carolyne Clay in San Francisco.

Carolyne Hunter remained living in San Francisco and Ed continued being away in the army.   He came to the northwest and was stationed at Fort Walla Walla as the legal Judge Adjutant to the post.   In 1875 Lieutenant Hunter was appointed a Captain, heading the first calvary.

His alternative duty was to subdue Indians.  In 1877 there was a Nez Perce Indian scare in the Village.  He led the US Army to Spokane and showed up, putting an end to the hostilities

He was commissioned as a Captain Major in 1877 and subsequently commanded Fort Colville.  Around that time there were 127 white settlers living in the area - with 30 women and 117 children there.  Interestingly, the women and children were not counted as actual settlers by the government.

As mentioned before, periodically Hunter came to the Village up in Spokane.Falls.

Ed Hunter did leave his mark on the region.

Among the things he was remembered for was that he named Loon Lake, even though there was never a loon sighted on the lake.    He also built the Cottonwood Road, running between Ft Colville and Spokane.

Most importntly, he went on to rise high in the Army, being stationed in Minneapolis and later in Washington DC, heading the Adjutant General Corps.