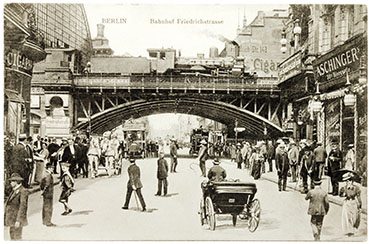 Dan Corbin owned a lot on the northwest corner of Main Avenue and Washington Street.

The price of $1,041 per square foot would set a price record for Spokane Falls. Never again after1907 would any downtown land sell for less than $1,000 a square foot.

At the time of the sale, the lot was still filled with several very small one-story buildings - all needing removal.

Charles Kemp and Henry Hebert, owners of the very popular Kemp and Hebert Department Store, wanted to buy this specific corner.   They thought by placing the store here it would forever define that street as a first-class retail corridor.   They also knew that this corner business lot would make an excellent place to build a first-class modern department store.

What was changing in the downtown was the paving of streets. The streets in  Spokane were muddy and the merchants were fed up. 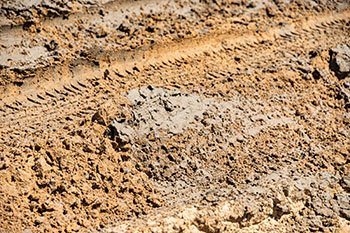 By 1896 the shopkeepers on Riverside Avenue had spoken loudly, and they were demanding a paved street.   It took until 1899 to get Riverside Avenue paved.  The cost of asphalting Riverside between Monroe and Division was $49,865.

The businesses on Main street all became vocal and the owners demanded their street be paved.   After four grueling protest years, Main Street got paved in 1903 between Washington and Post.  The cost was $26,554.

Washington Street got paved in 1905.

A new problem arose.  All the side streets were still muddy - so when a wagon came up to Riverside Avenue, it tracked a lot of mud on that street.    The merchants screamed in protest once again to the city fathers.

But paving the downtown just added to more muddy side streets, each needing asphalt because the muddy side streets just tracked onto the new city asphalt roads.     The city had a solution and they simply decided to pave a lot more streets.  It became obvious that the city had to pave all the north-south downtown streets which they did between 1900 and 1904    By 1905 a lot of the secondary side city streets were now being paved.

All the costs for paving many more side streets were paid by the city and charged back to the property owners as an assessment.

By 1907 the entire downtown had now been paved.   Owners started to take a serious look at relocating their businesses to Main Street.

The movement of opening big department stores started with the Weil Brothers.  They originally had started the Palace Department Store in 1989, first located on Riverside Avenue.  The Palace Store was extremely popular.  The Palace Store featured work clothes for working men and offered everyone huge discounts and huge bargains. 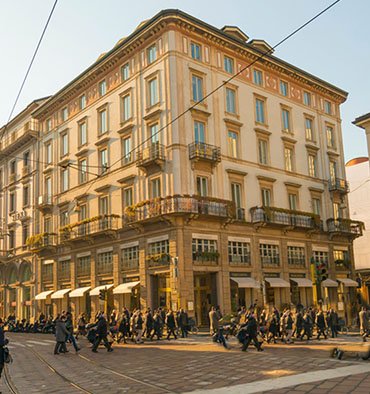 A few years later the Weil brothers had a falling out and the eldest brother, Rueben, took over ownership.  In 1899 he moved the store.  It was the second time and the new location was simply the second time on Riverside Avenue.    Then in 1899 Rueben made his third move.  He moved the Palace to the northeast corner of Main Street and Lincoln Street.

The Crescent Department Store was the darling of the city middle class.  The store moved in 1898 from its original spot in the newer Crescent Building located in the 900 block of Riverside Avenue.   They had been lucky, opening the day after the Great Fire of 1896 and in a place that had avoided being burnt down.  In1898 The Crescent moved next to the corner of Riverside Avenue and Post Street.  By July, 1905 the store had outgrown their building.  They bought the adjoining lot which was fronting on Main Street for $25,000.  That site was used in prior years as the earlier location for the Wright Store which had just burned down. 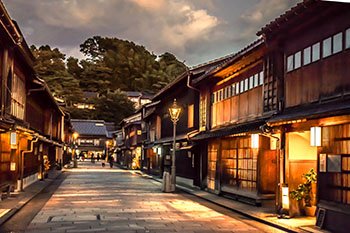 Chuck Kemp and Henry Hebert clearly saw the future of Spokane and definitely decided to locate in the new downtown.   Building the Kemp and Hebert Store represented a major change in the way the downtown developed.

The new Kemp and Hebert Building would anchor the shopping district, which was now located just east of Howard Street.   That new area would turn the main shopping street 90 degrees away from Howard and the east-west corridor locating along Main Street.  It would become the new shopping street.

The new store Kemp and Hebert planned to build would be a four story brick building with a spacious mezzanine overlooking the first main floor.  The cost of that new building was $175,000.   Kemp and Hebert had become the second most popular clothing and general merchandise store in the city.  Only the Crescent Department Store had a larger following.