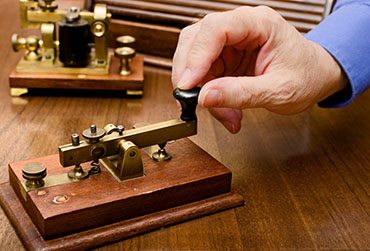 The Western Union Telegraph line is almost completed from Portland to the Village.

The line follows the Northern Pacific Railroad track and is about 2 weeks later than the arrival of the trains. 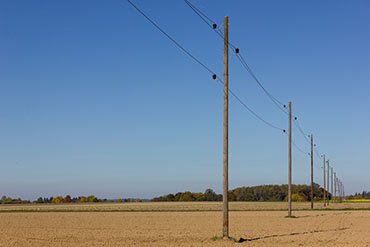 The men erecting the poles are being paid 20 cents an hour, or $2.00 a day for ten hours of honest work.

A carload of poles has arrived.  Men are throwing them one by one to the ground, spaced along the railroad.  The scattered poles start just west of town and the last pole has now been deposited at Howard Street.

Originally the CS Telegraph Company was plannng to service Spokane Falls.   In March a year ago Mayor Andy Cannon told everyone in town it was about to happen.  But Western Union and the railroad entered into a deal and Western Union has become the only supplier.

At the same time the army decided to build their own telegraph line and sent in 19,000 pounds of wire to Fort Sherman by wagon.  That line has not been started yet.

The Northern Pacific Railroad is now being extended to Westwood, also known as Rathdrum.  They are building out their eastward transcontinental line.  There is a new nine-mile wagon road heading north from Westwood to Lake Coeur Dalene and the Fort.

The railroad plans to arrive in Sand Point in two months.  It next will sweep around Lake Pend Oreille - heading to Thompson Falls and Missoula, arriving by the Spring of 1882.

Western Union has not announced their Spokane Falls rates.  But you can see what they charge from Walla Walla to other points. 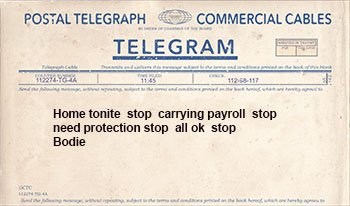 “The Western Union, having now completed stringing the new telegram line from Portland to Walla Walla and having now taken possession of it, announces the new rates starting February 1, 1881:

The rate for ten-word messages under the new management will be as follows:

To all points on Western Union lines east of Ogden, $2

To San Francisco and all points west of Ogden and south in Oregon, $1.50

To Wallula, Ainsworth, and Umatilla, $ .40 cents

There are cheaper rates for ‘night messages.  This means messages that are sent at night, or when there is nothing otherwise being sent during the day, rates being one half of the above rates.”

The above rates are as published February 10, 1881 in the Spokane Falls Times by Francis Cook Publisher